A Time Travel through the History of Hops

The “time travel” will stop at the most important stations of the over 1000-year-old cultural history of hops:

Enter the exhibition through the world’s largest hop cone and learn about the importance of hops for human beings. A model of a landscape will lead you to the times of the migration periods, when hop was still a wild-growing medicinal plant.Visitors can look for traces of hop’s history from all over Germany on an “interactive map“. When considering the medieval history of hops, the focus is on the oldest documents about hop growing, the famous Bavarian Purity Law of 1516 and the botanical writings of Hildegard of Bingen.

In a library from the Age of Enlightenment you will learn how hops were discovered and promoted as a guarantee for prosperity. A real “hop rush” was released during the Industrial Revolution in the 19th century. Here you can marvel, for example, at the reconstructed model of the hop pickers’ fountain in Fürth. In present times, significant changes were caused by mechanization. The key feature is the hop picking machine, being the biggest and most expensive agricultural machine of all times. The museum’s own “Iron Picker” was refurbished and is now ready again for special demonstrations. 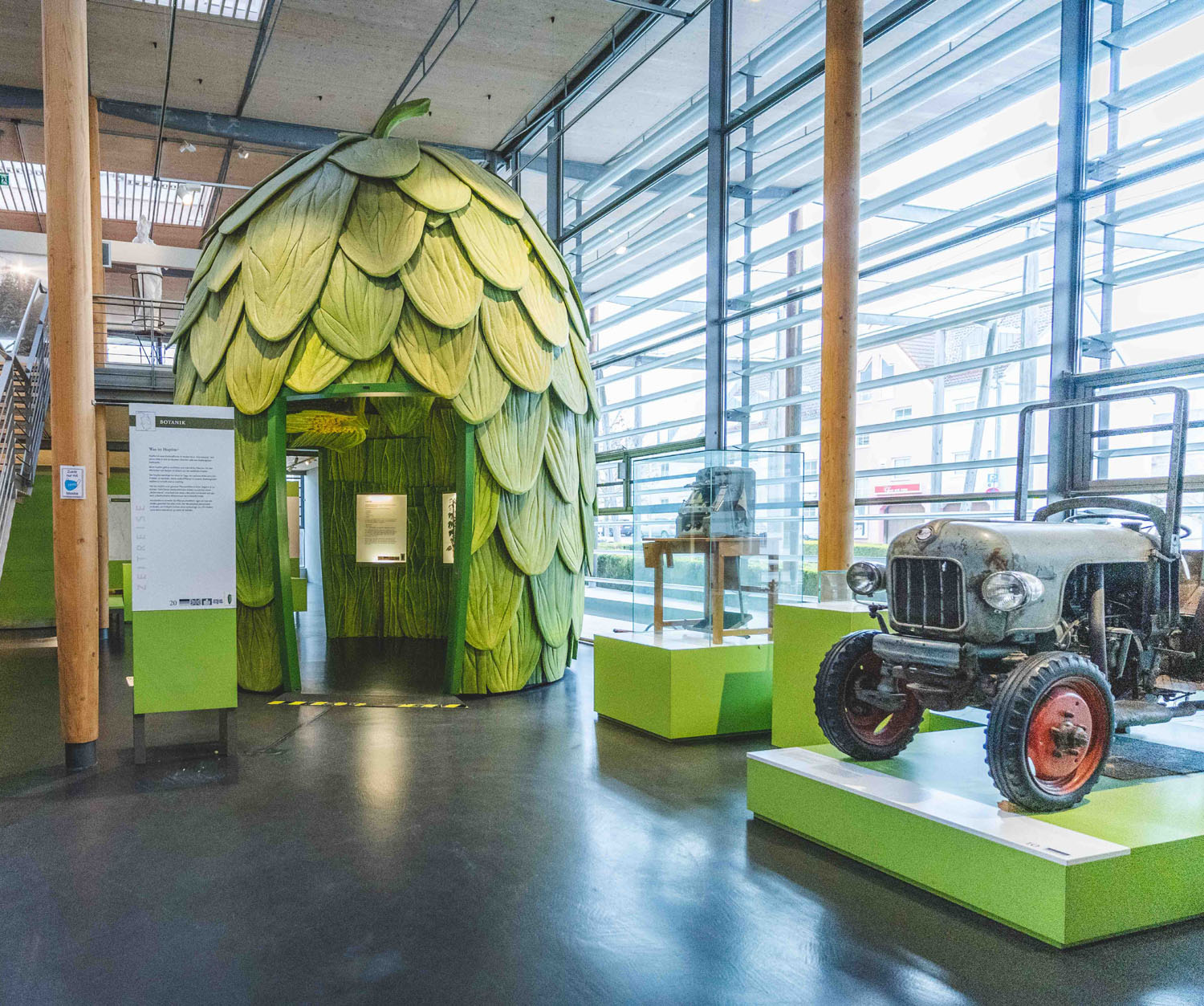 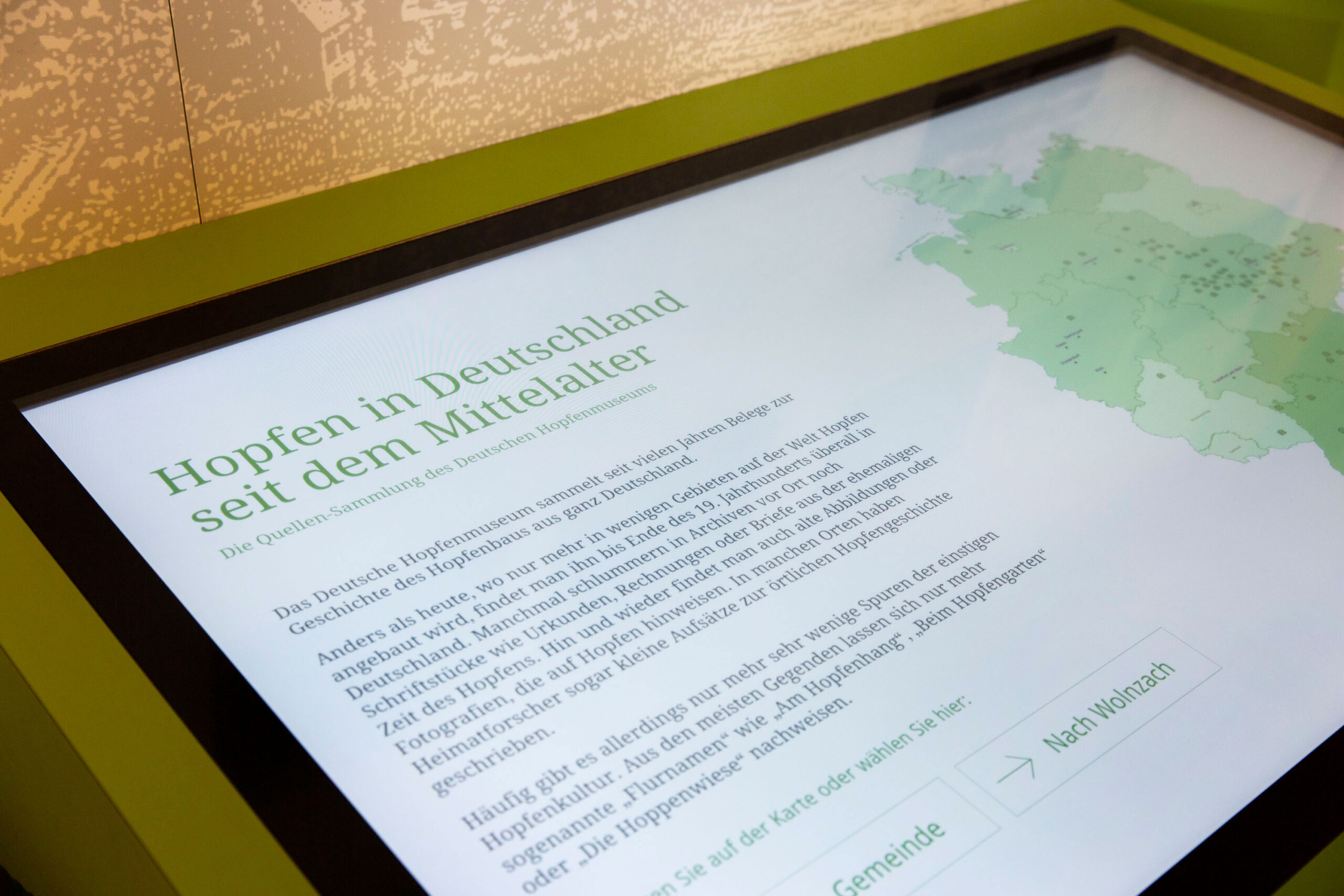 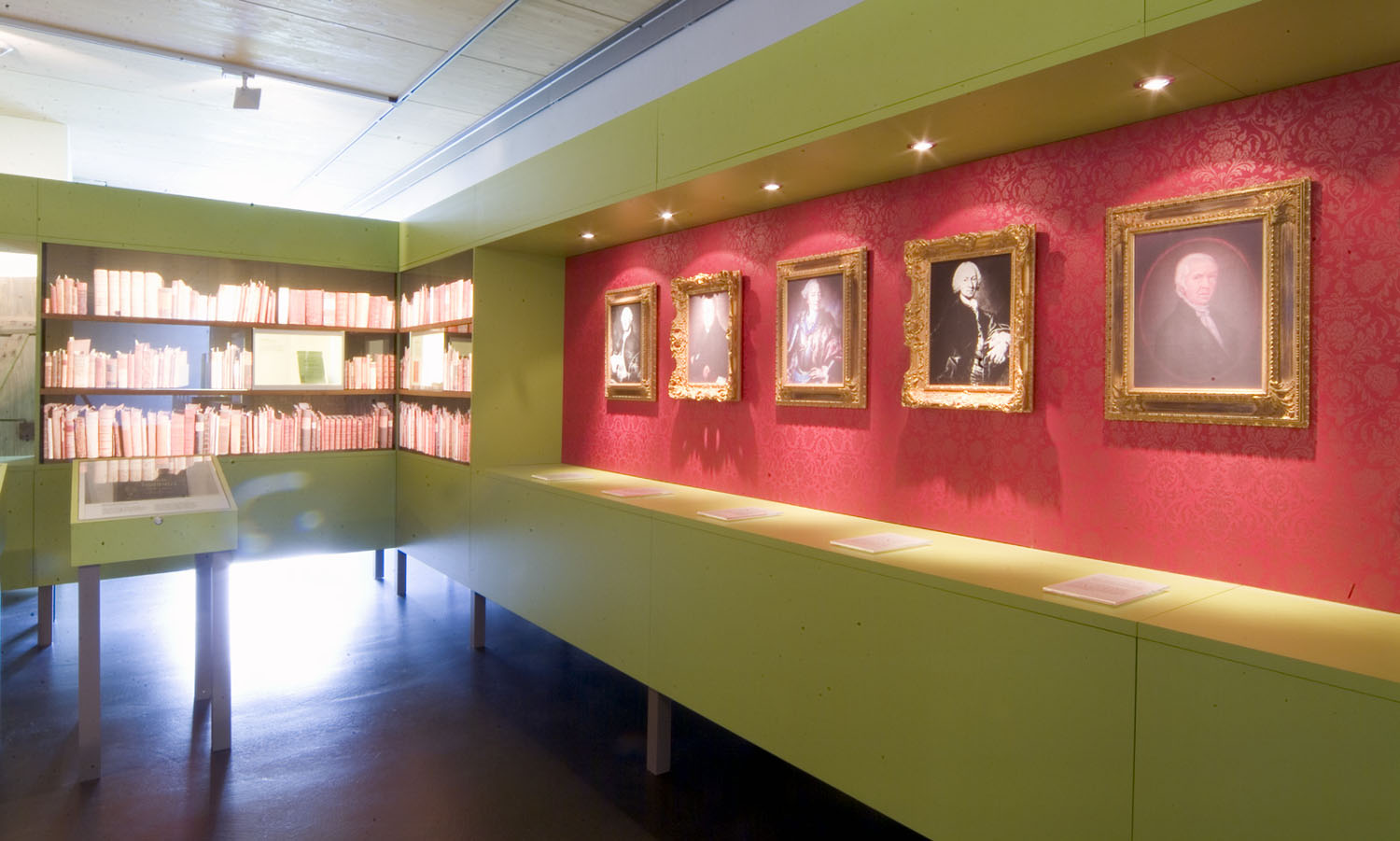 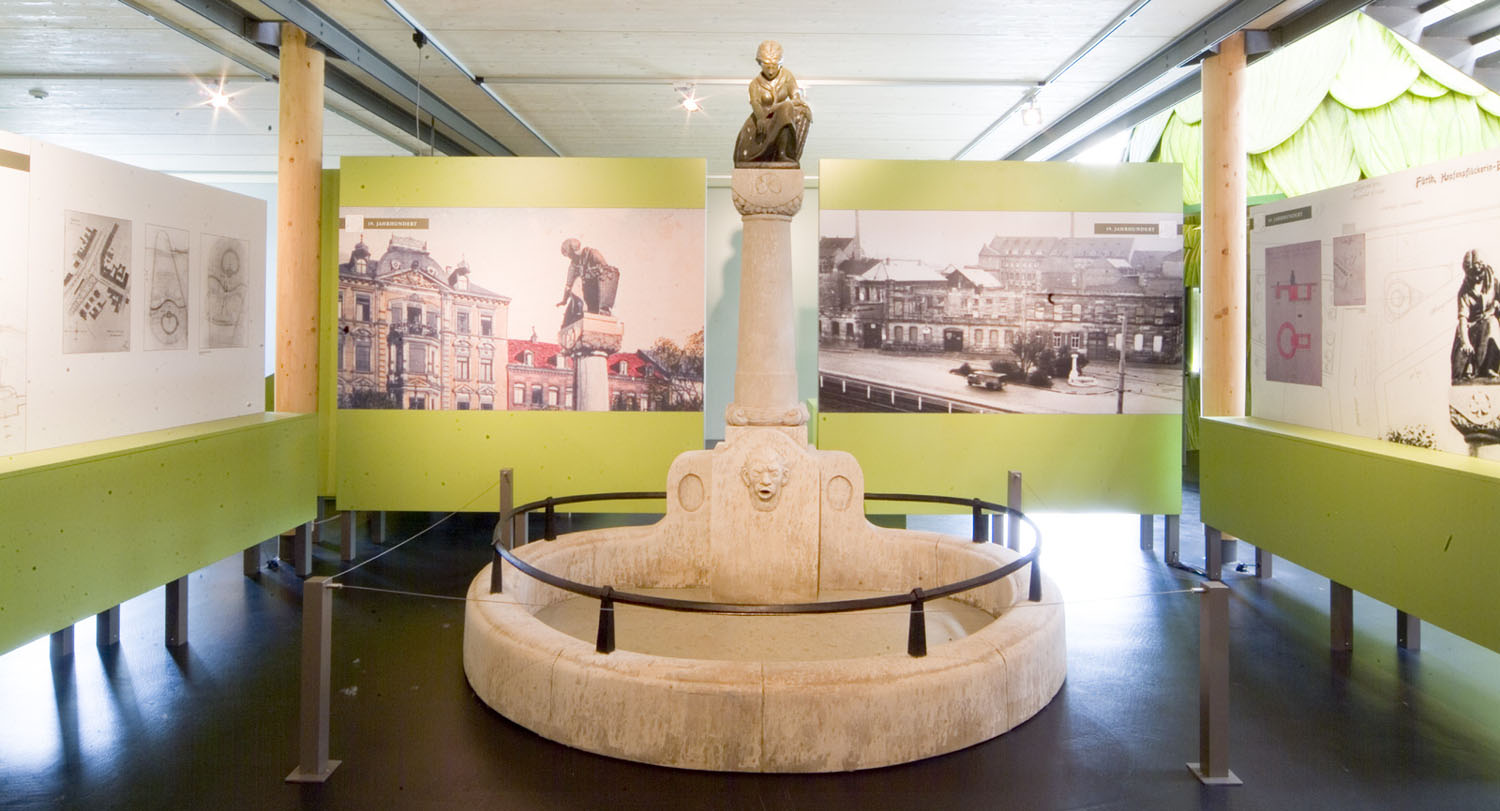 Model of the hop-picker fountain from Fürth 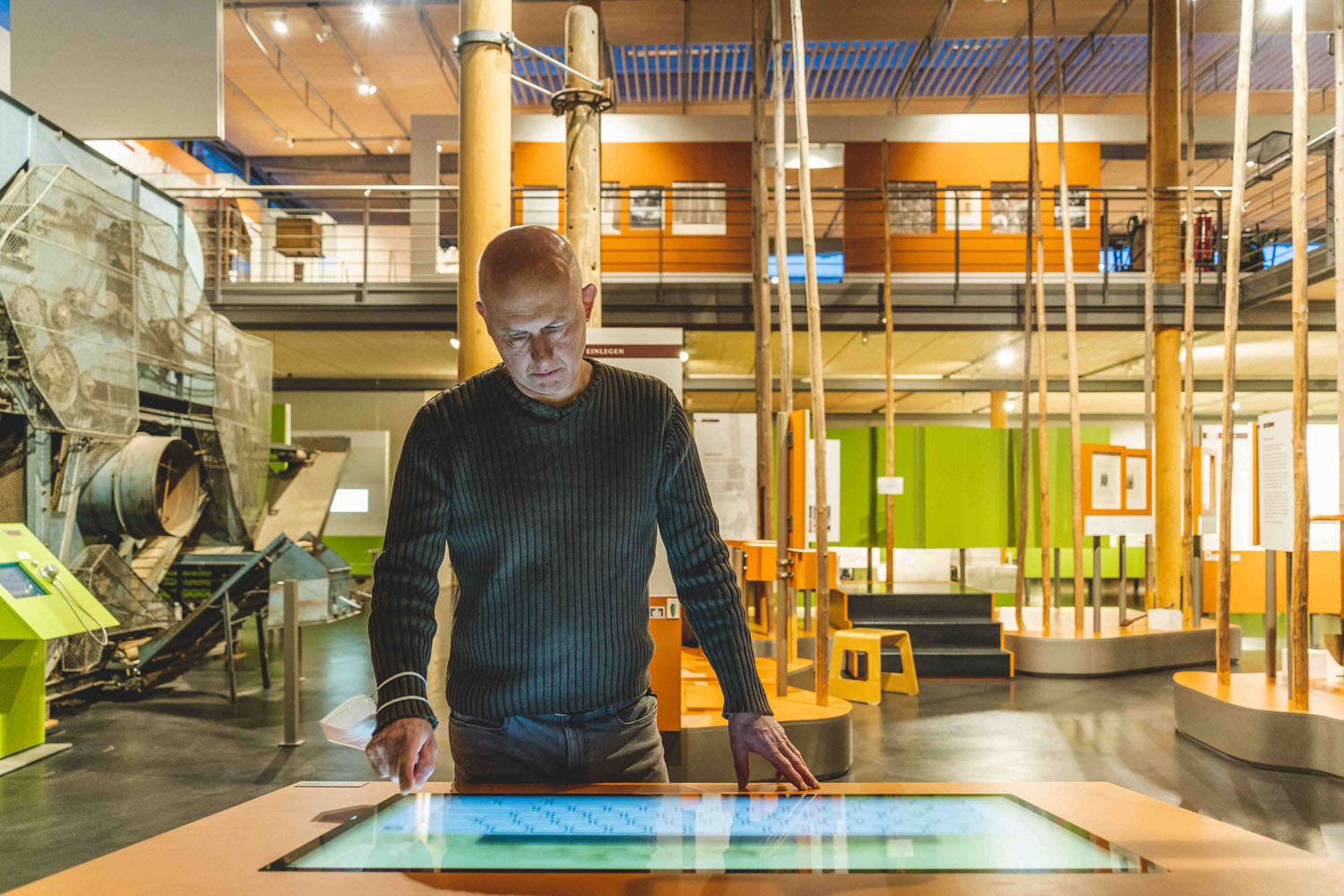 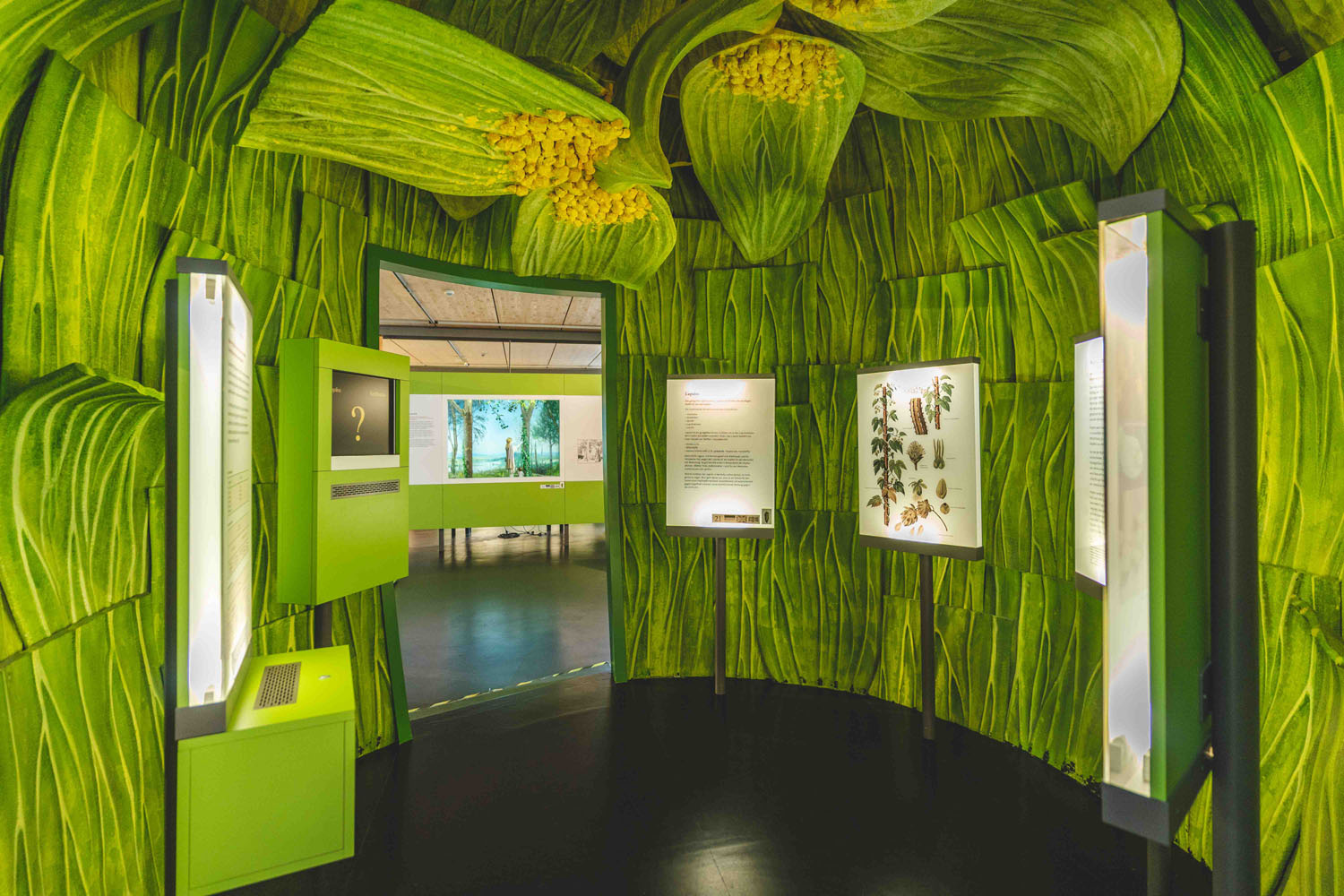 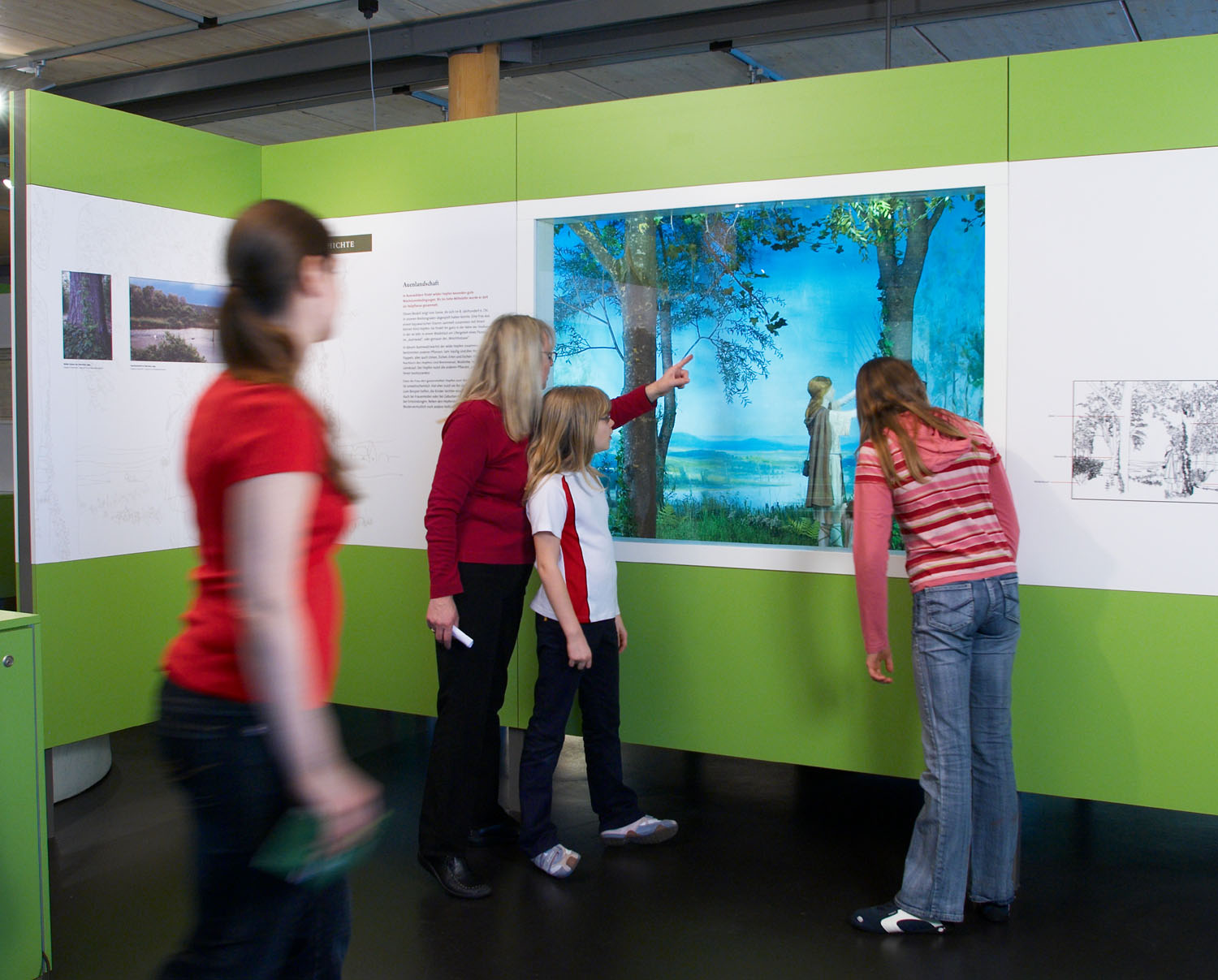 Model of a floodplain

The portrayed working situations will provide an insight into the works around hops in former days. They are arranged in order of the seasons of a hop growing year:

First of all, the visitor interactively learns more about planting the rhizomes and about the difference between the single hop varieties. A real “hop pole garden” forms the framework for the transition from pole yards to wire trellises. Historical film and sound documents will introduce you to the dangerous works of the builders of hop trellises. At a trellis puzzle, the visitor can try his or her talent as a “trellis builder”. Life-size copied figures give you an impression about the hardship of the numerous cultivation works that have to be done every spring. Visitors can take matters in their own hands again and try themselves at lifting out the poles or pruning the hop plants.

Rare old spraying machines and catalogues testify to the fight against pests and diseases. In documentary films, hop growers will tell from their experiences. Atmospheric scenes in hop gardens and straw lofts, stories of old hop pickers as well as photo albums with pictures from the past bring the exciting days of hop picking to life again. A true to the original copy of the “German kiln“ demonstrates the importance of hop drying and the transition from air drying to hot air kilns. 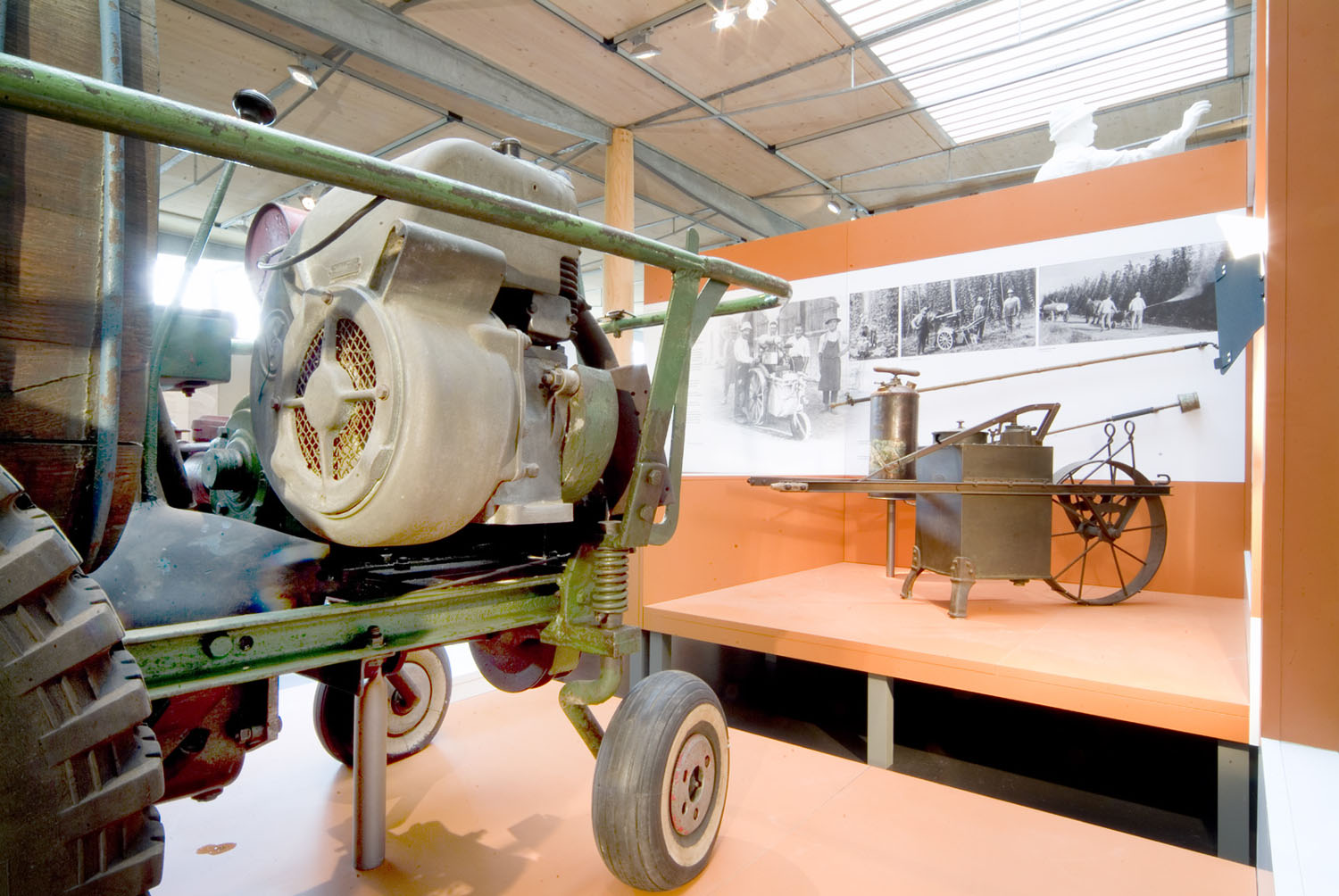 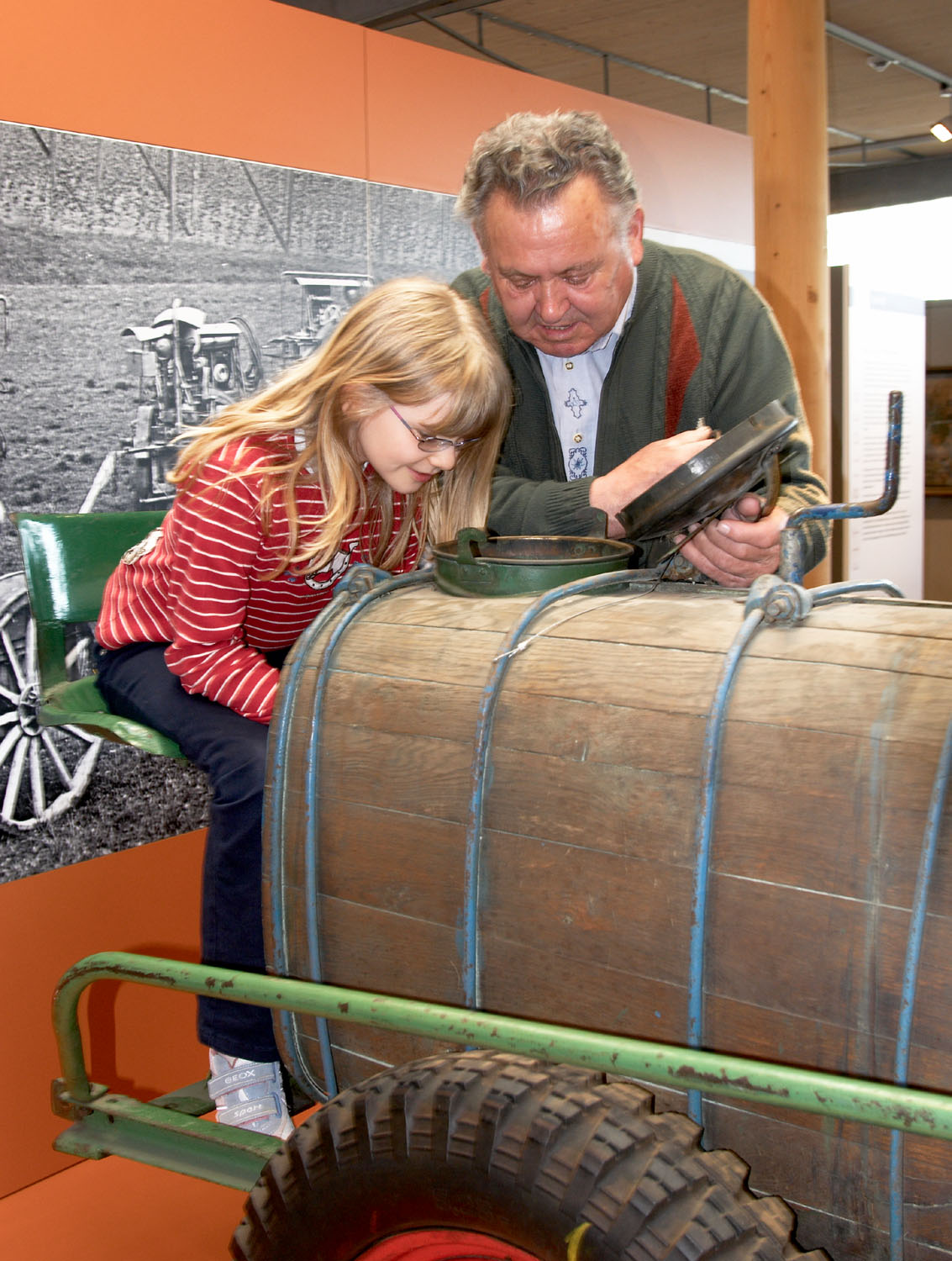 Deeper insights into the nature of agricultural machinery 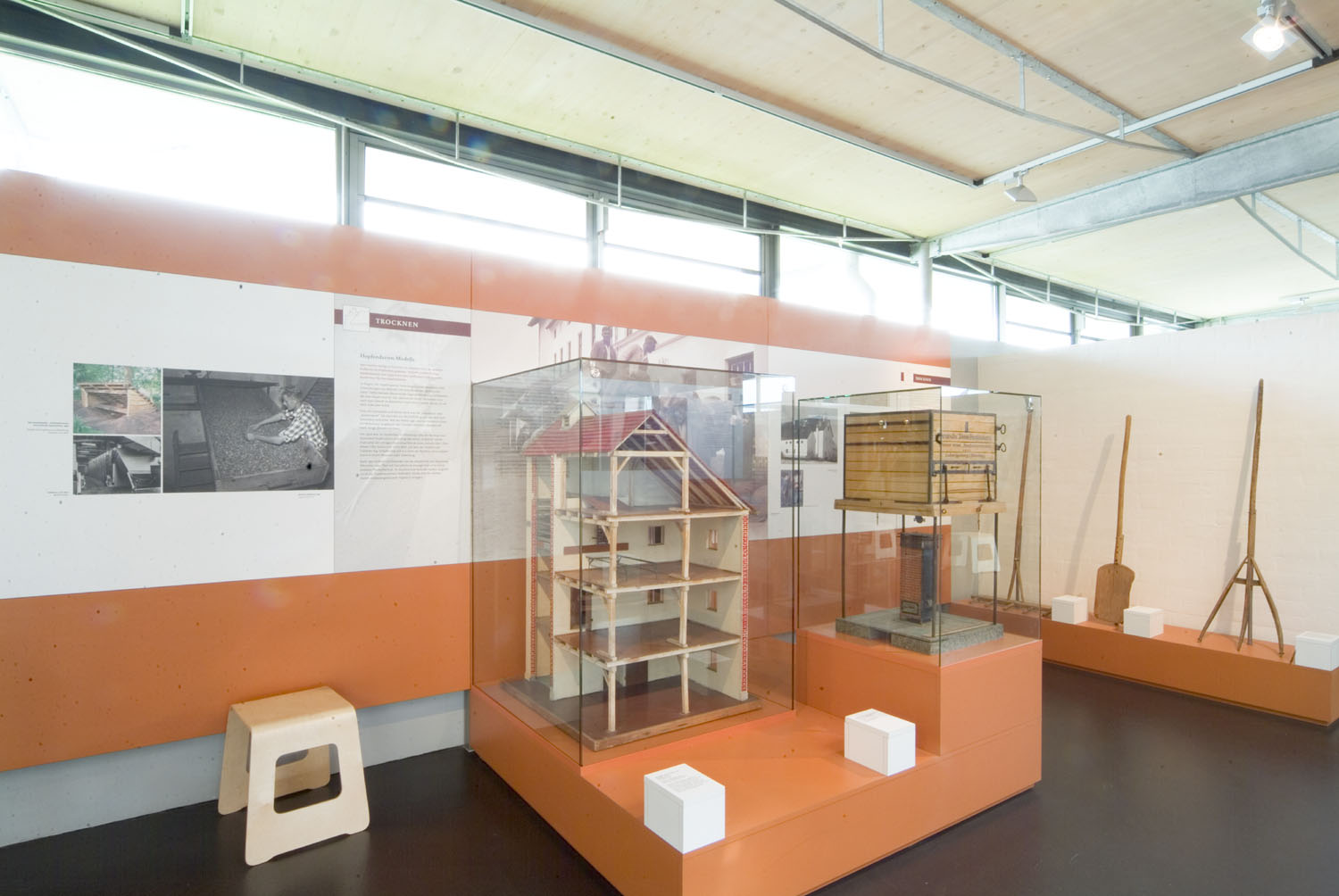 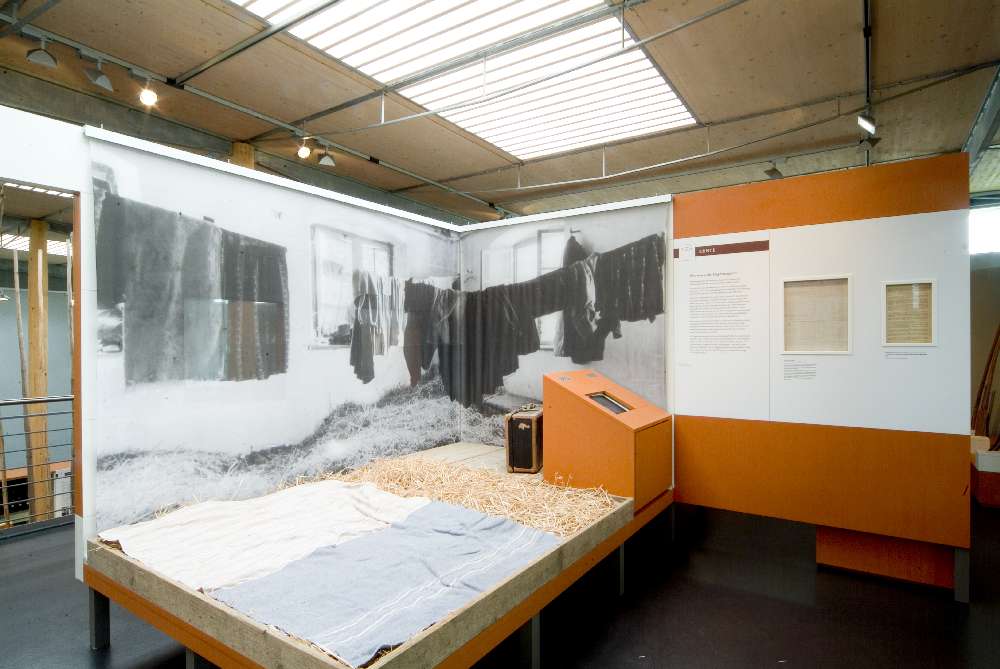 Scenic depiction of a sleeping camp for hop pickers 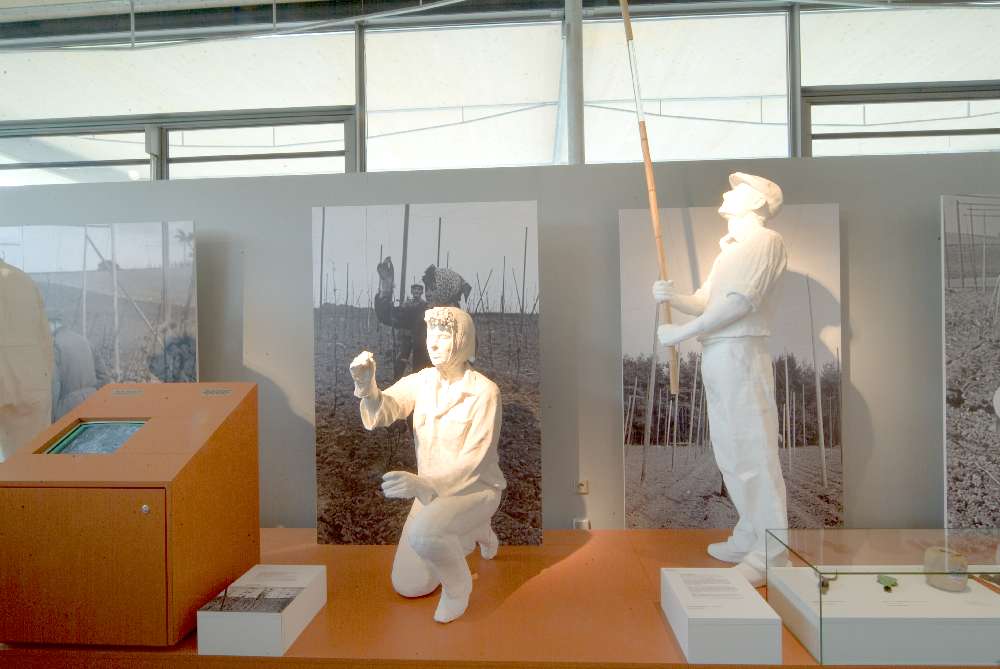 Stringing and training the hops 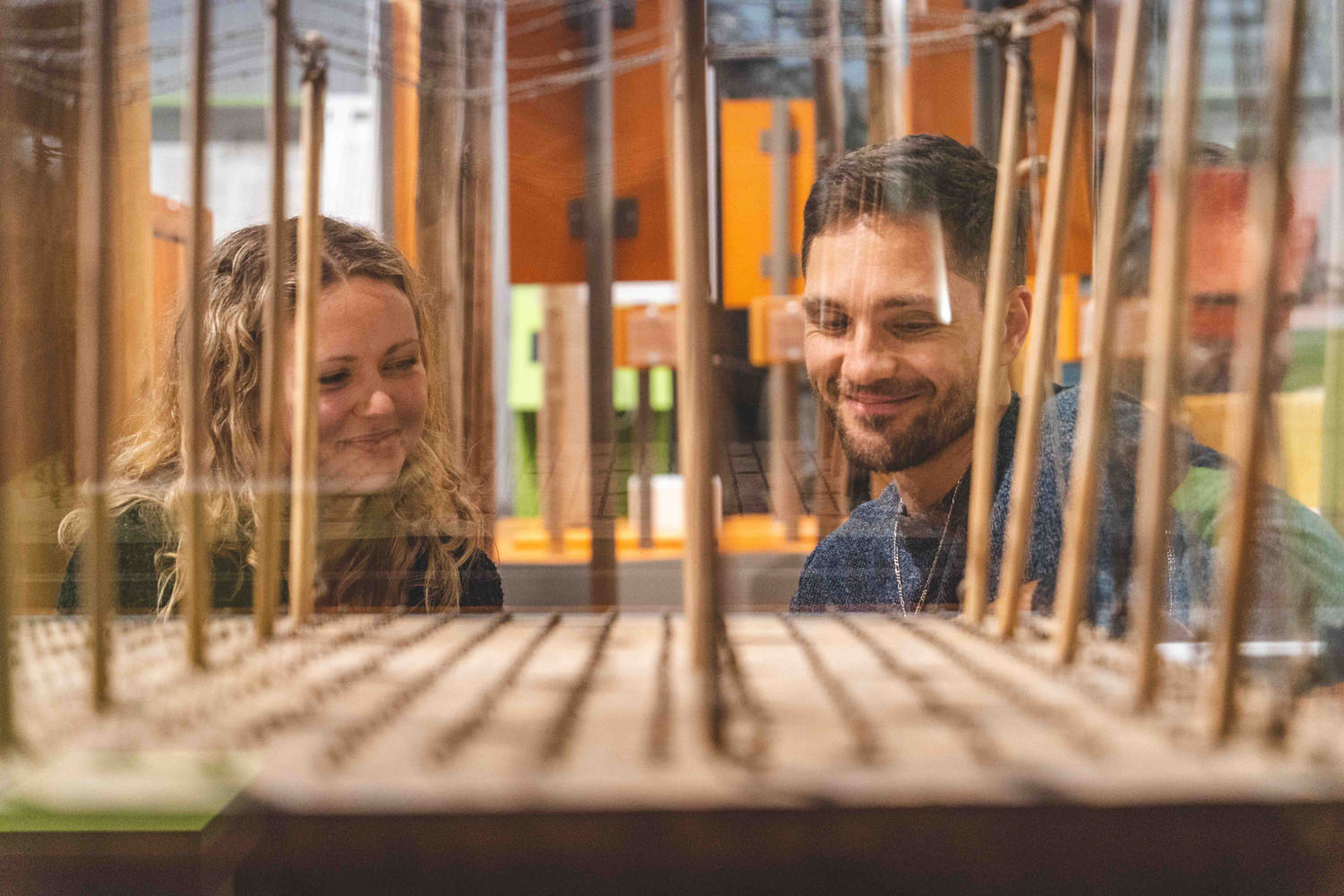 Interactive model of a hop garden 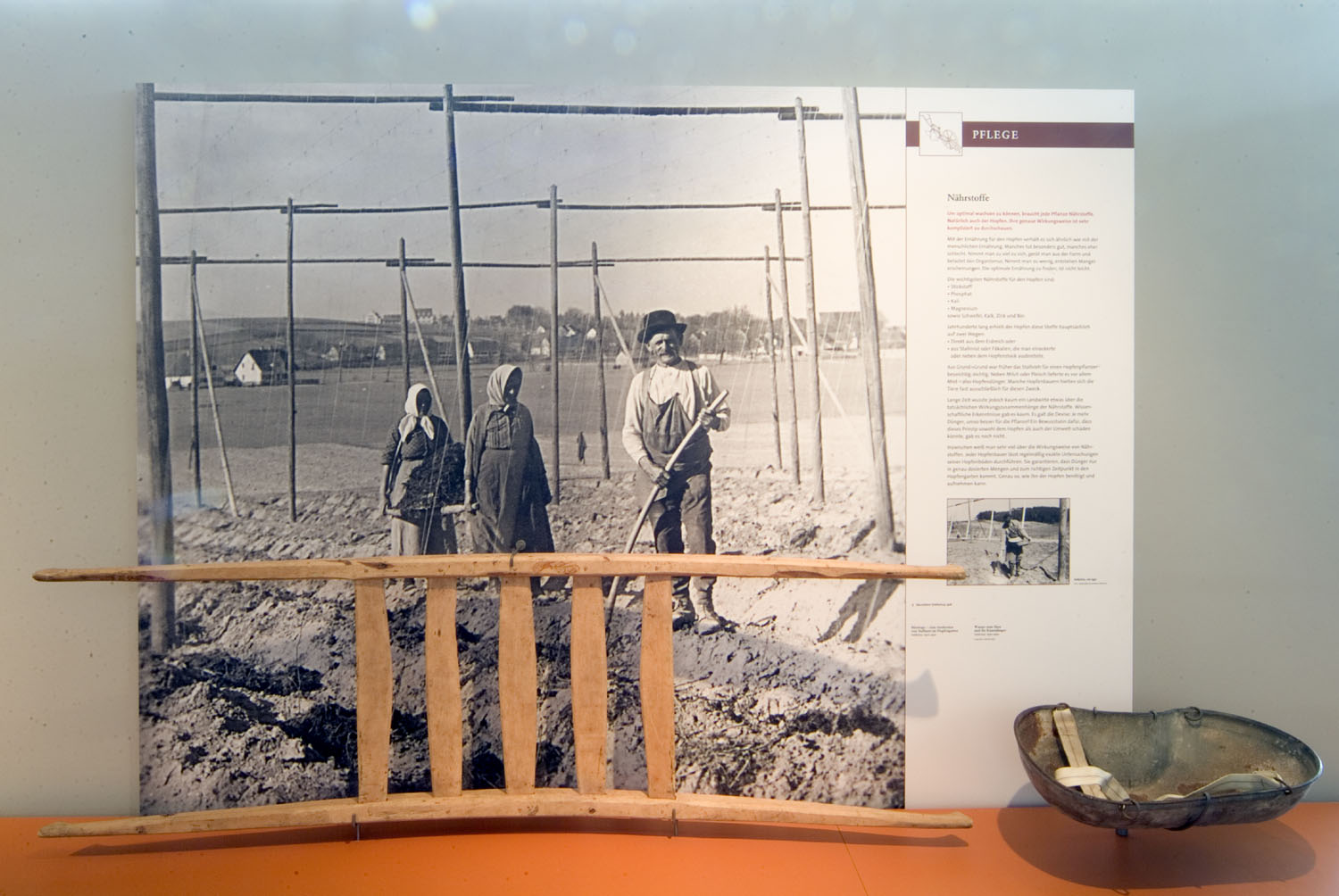 Detail of a hand operated sprayer 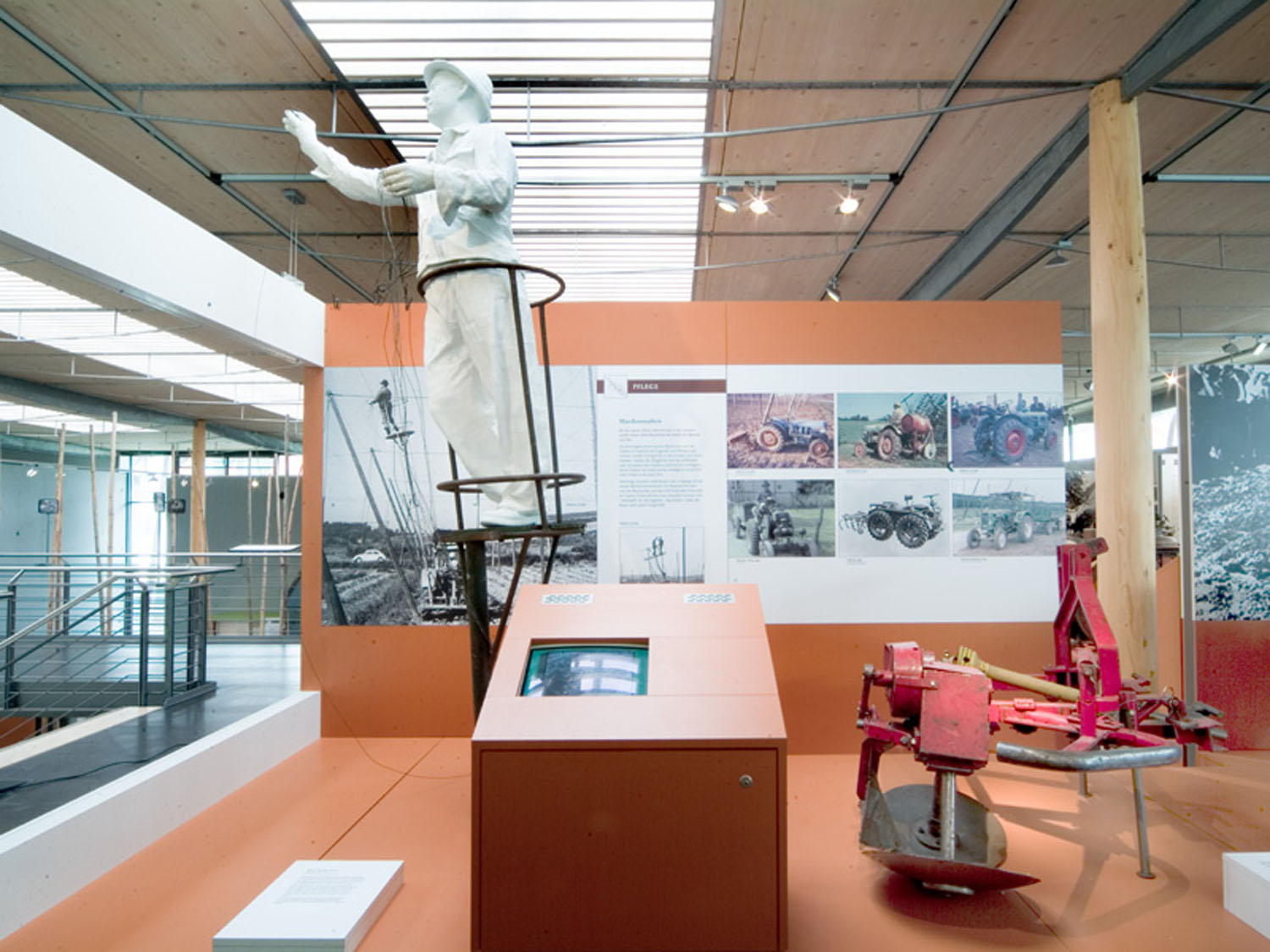 Stringing in the crow´s nest 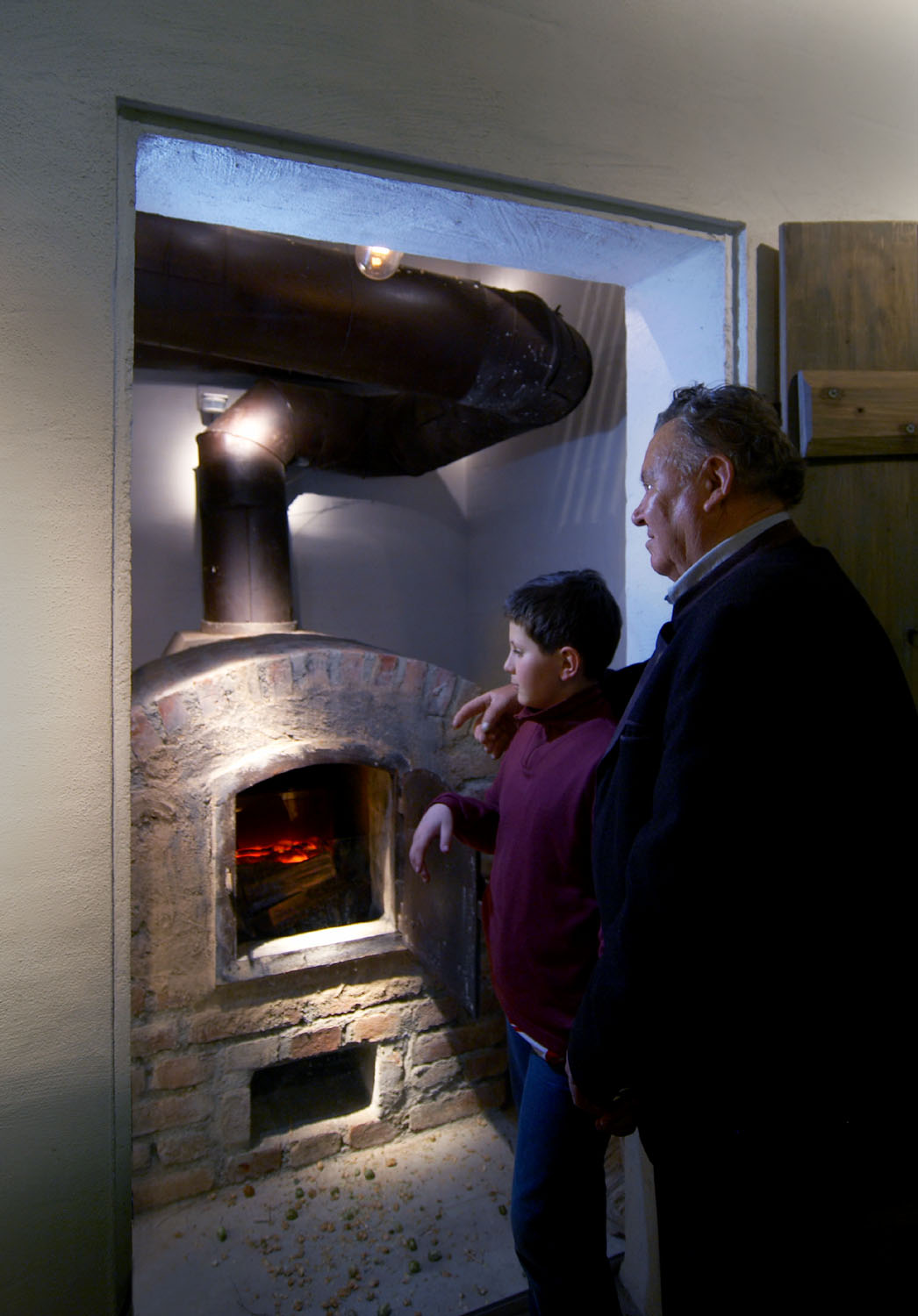 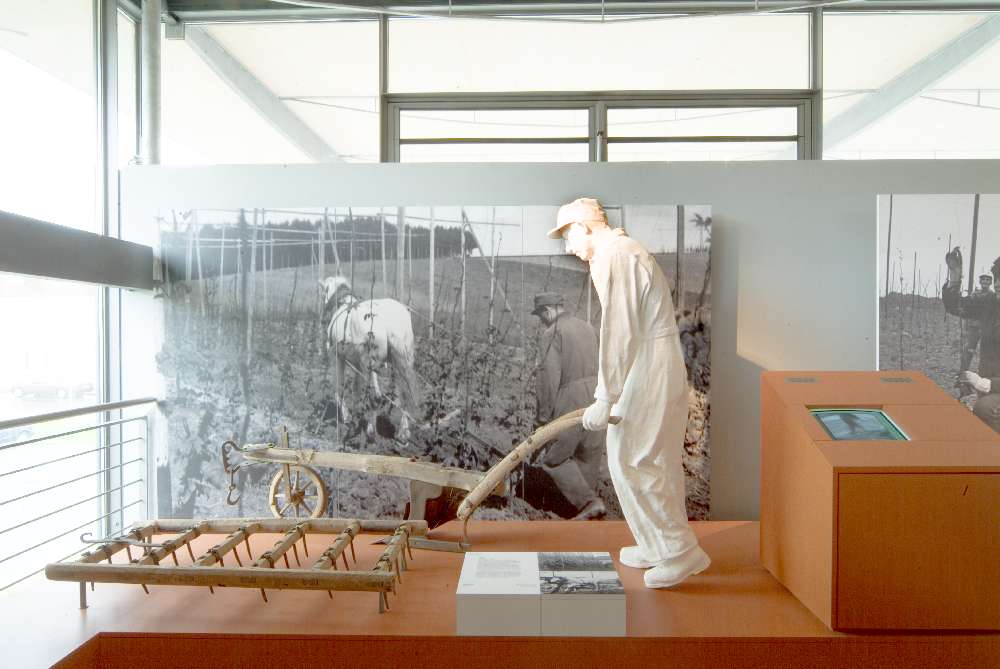 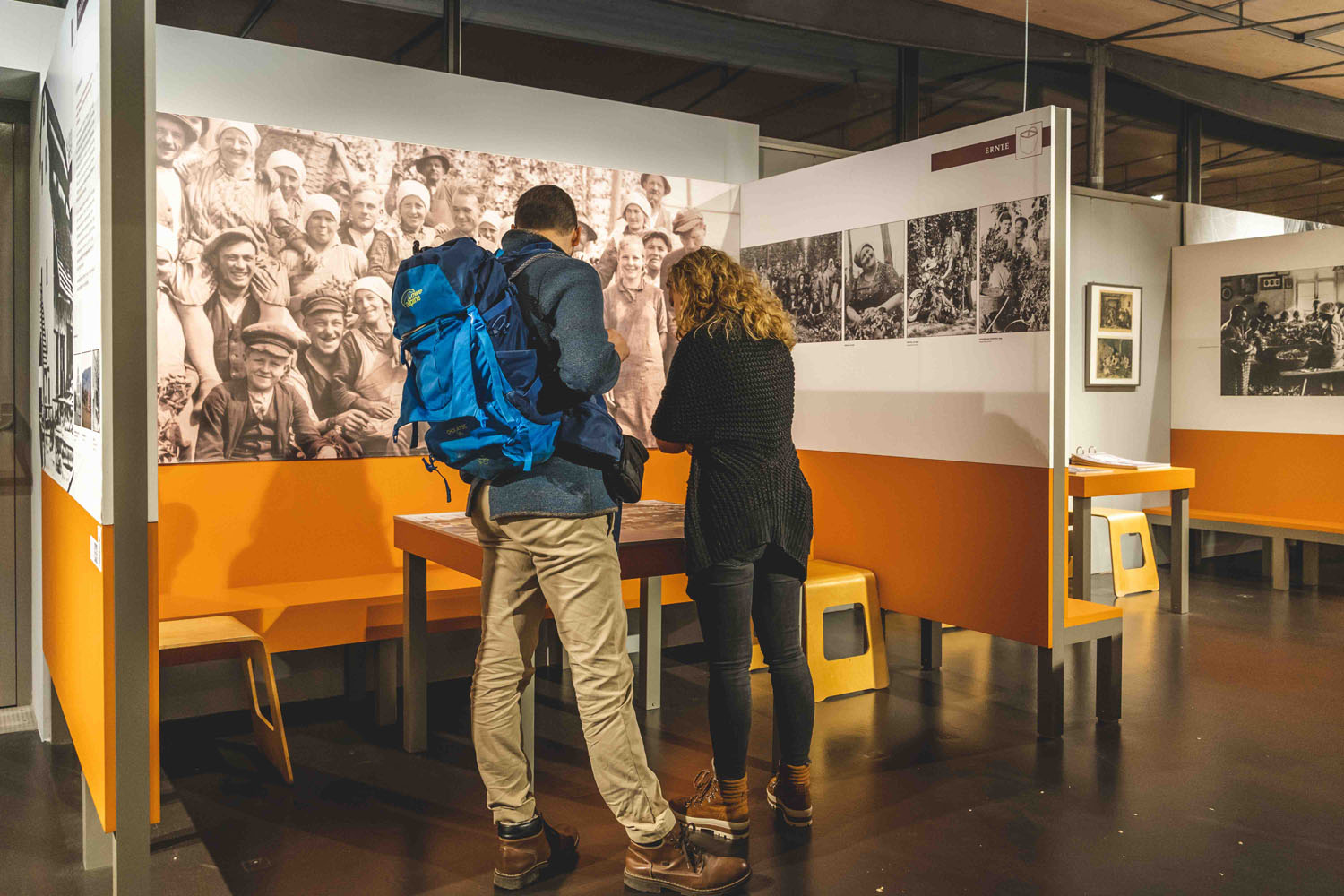 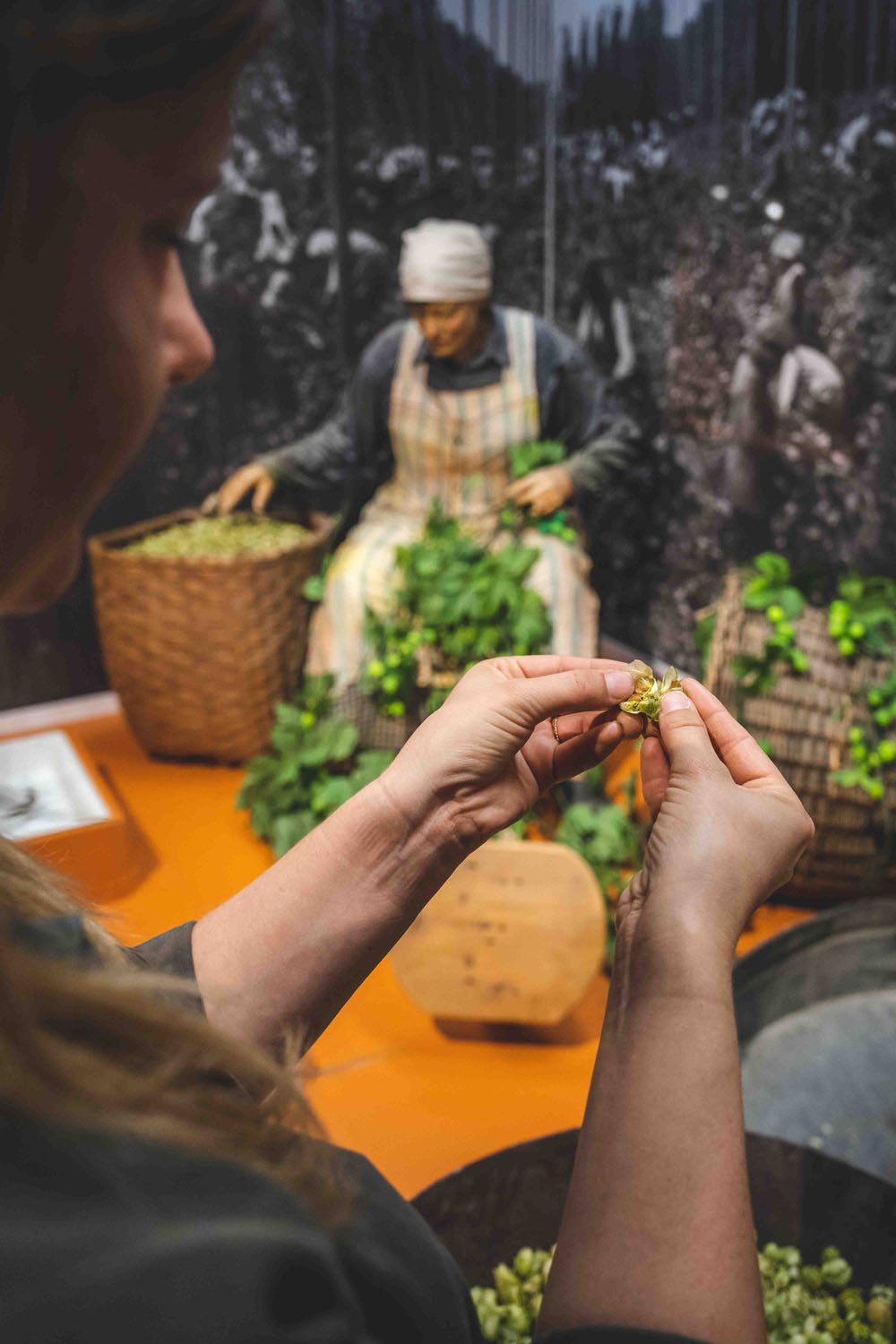 Hop will finally become “Green Gold” with the help of hop merchants and brewers:

At the beginning of this department, visitors will find the oldest preserved “hop ballot press“, year of construction 1880, ready to be operated for demonstrations. One of the museum’s special treasures is its collection of old hop weight notes. The destiny of many hop merchants’ dynasties has almost been forgotten. Parts of a hop merchant’s dining room interior testify to esteem and prosperity of past days.

The ups and downs of hop prices have always been part of the hop business. Visitors can decide about “fate or fortune“ by playing the interactive hop roulette. Last but not least, hops are used for brewing. Old films, 3D pictures and an interactive tour through a brewery will introduce you to the activities of a brewer. 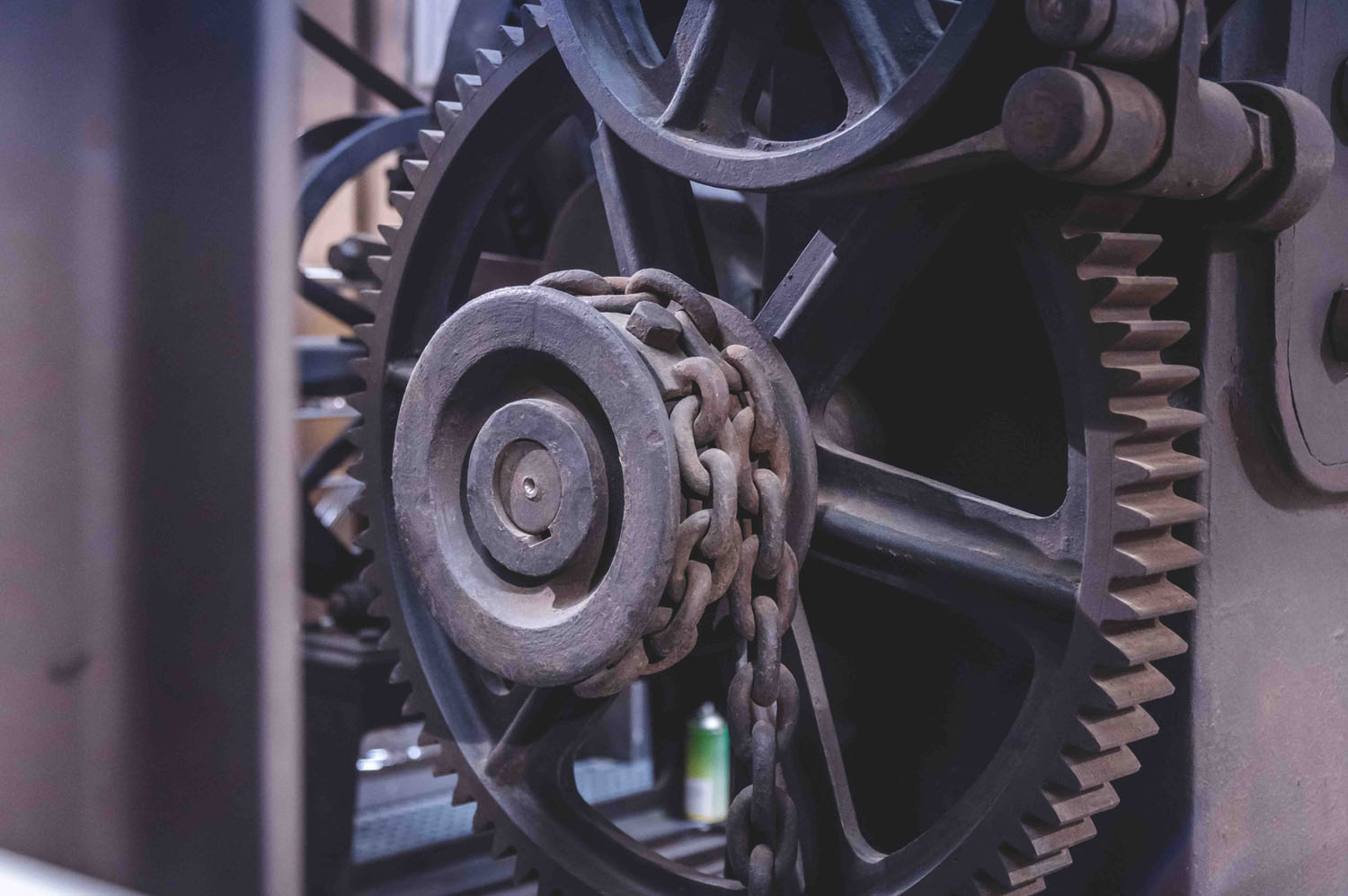 Detail of the large hop baler 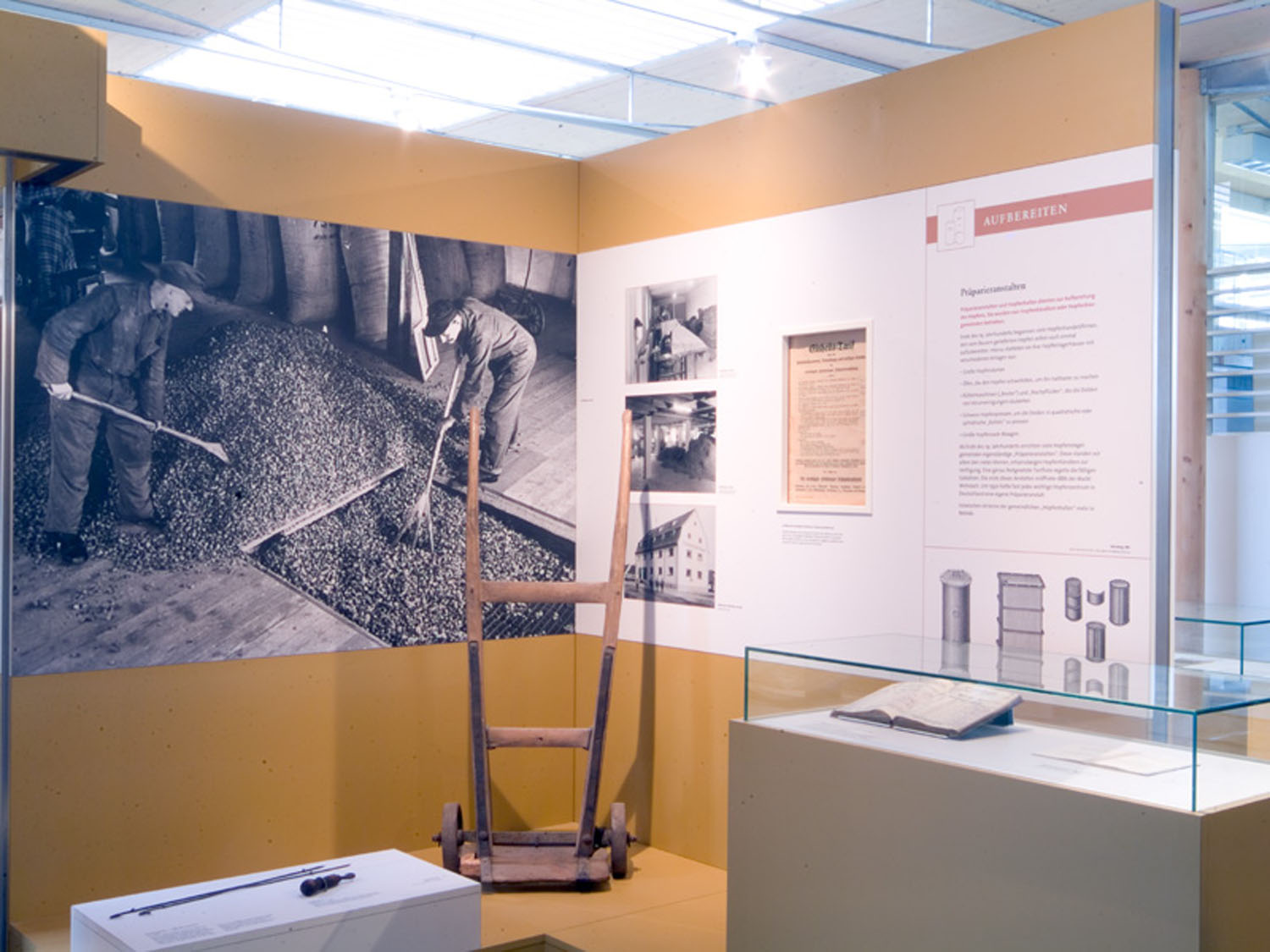 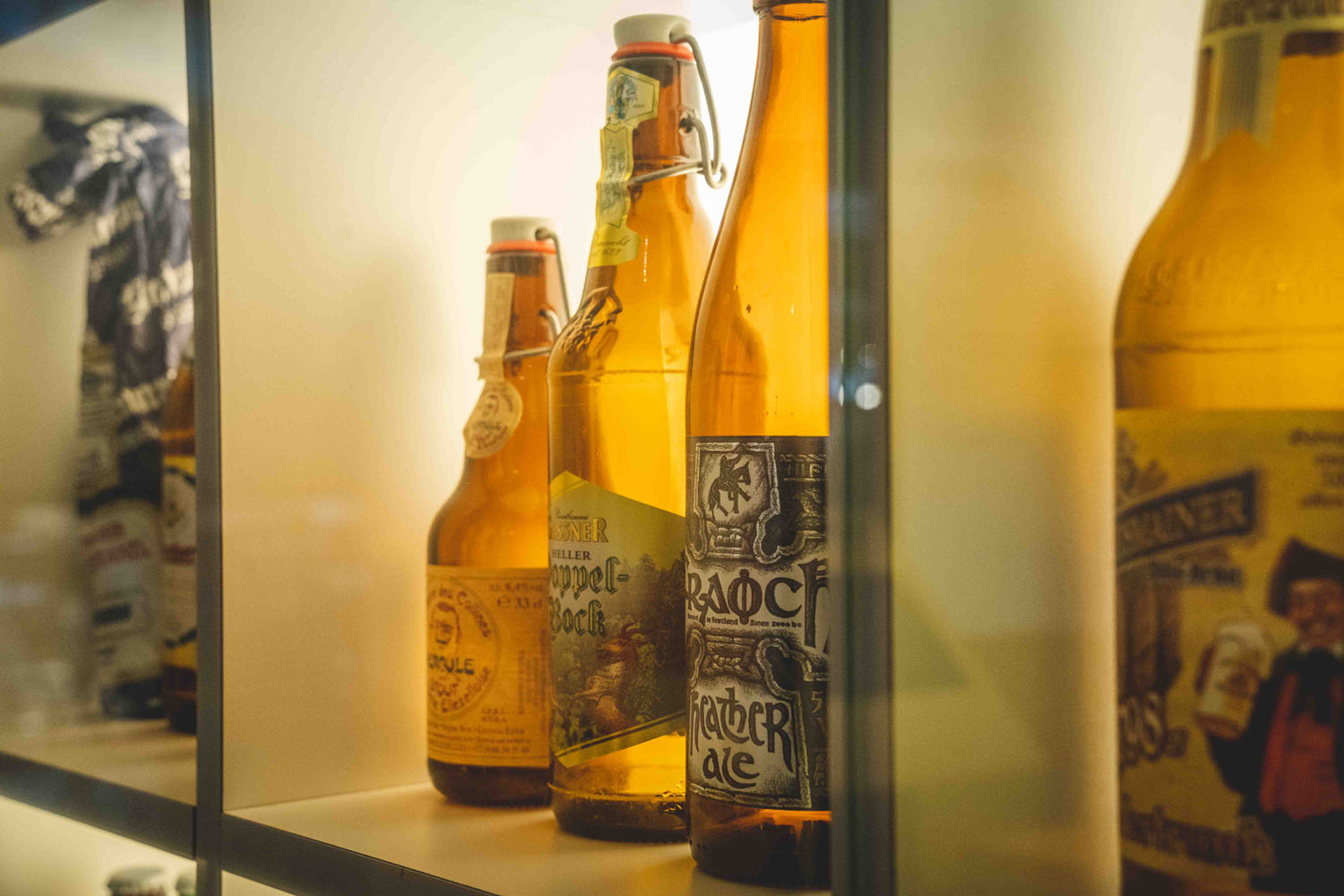 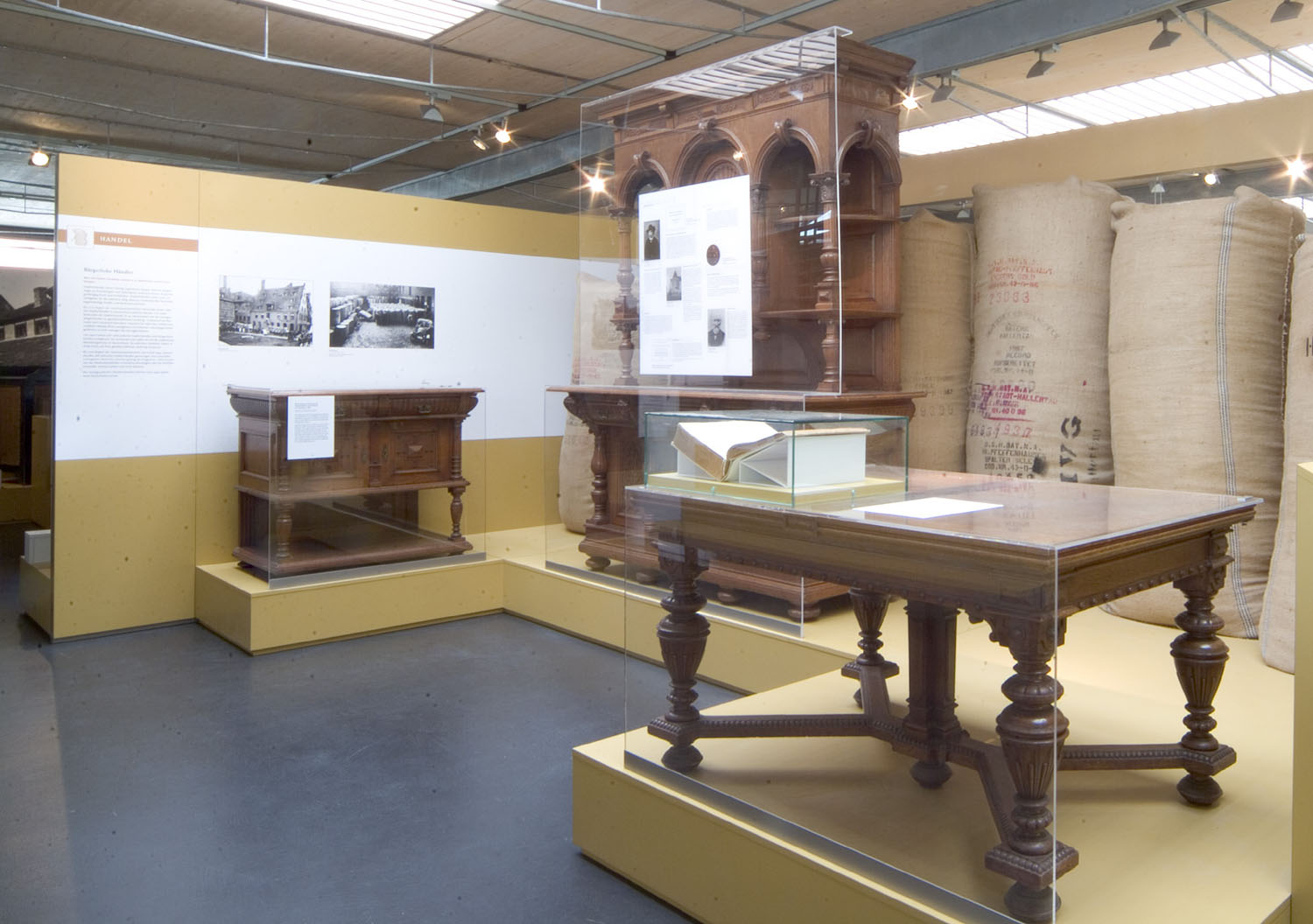 Furniture of a hop dealer 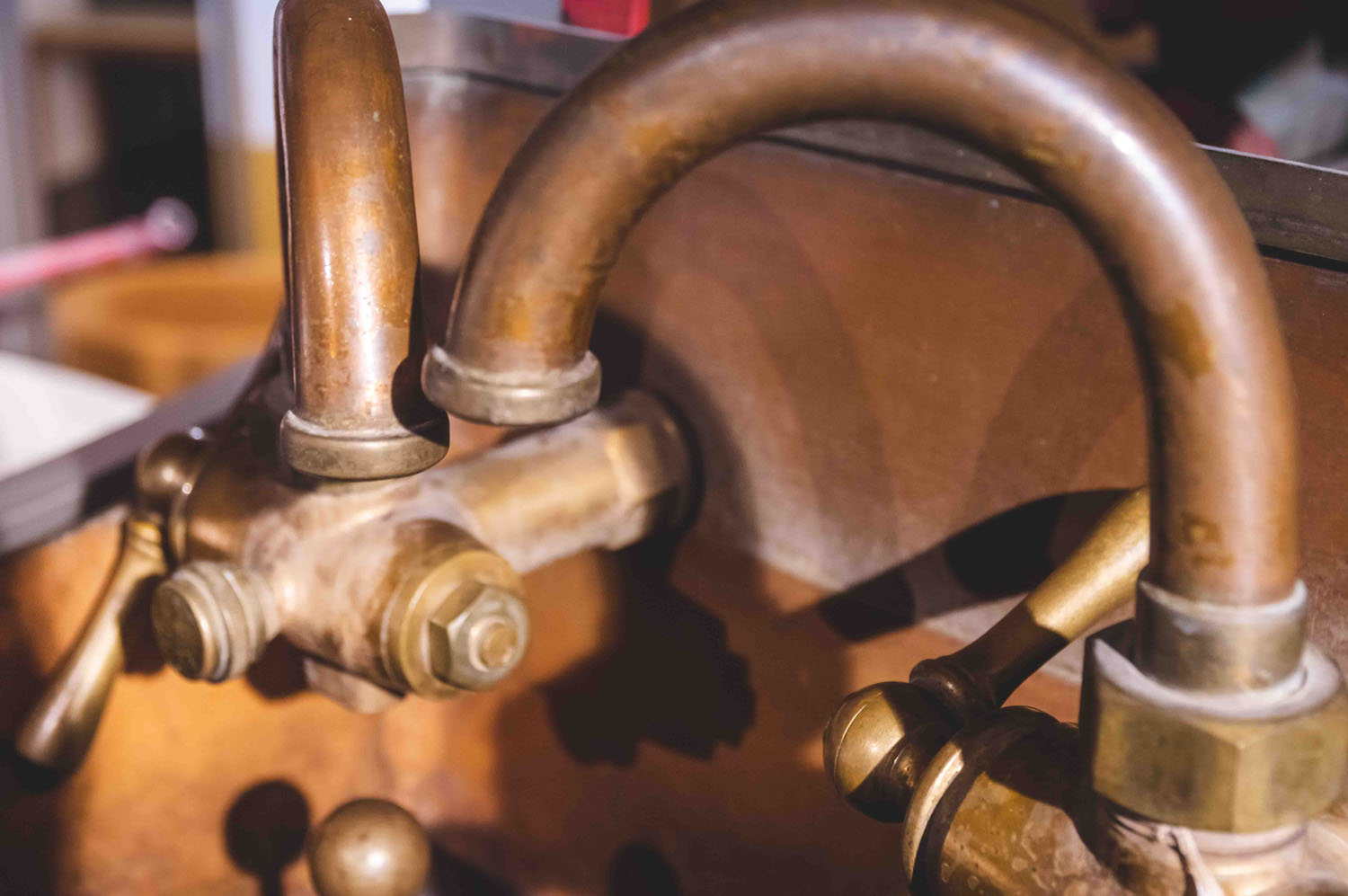 Detail of the micro brewery 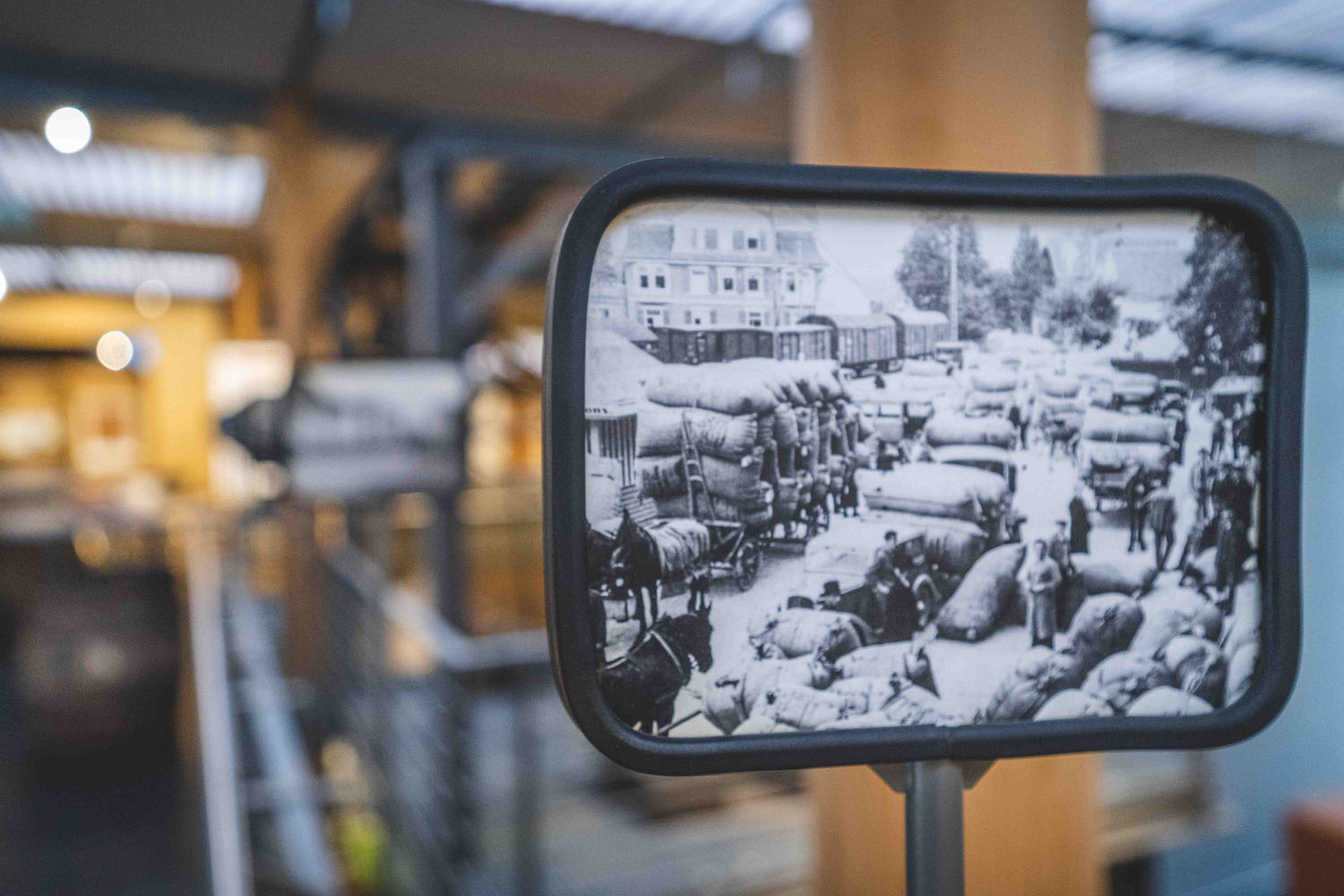 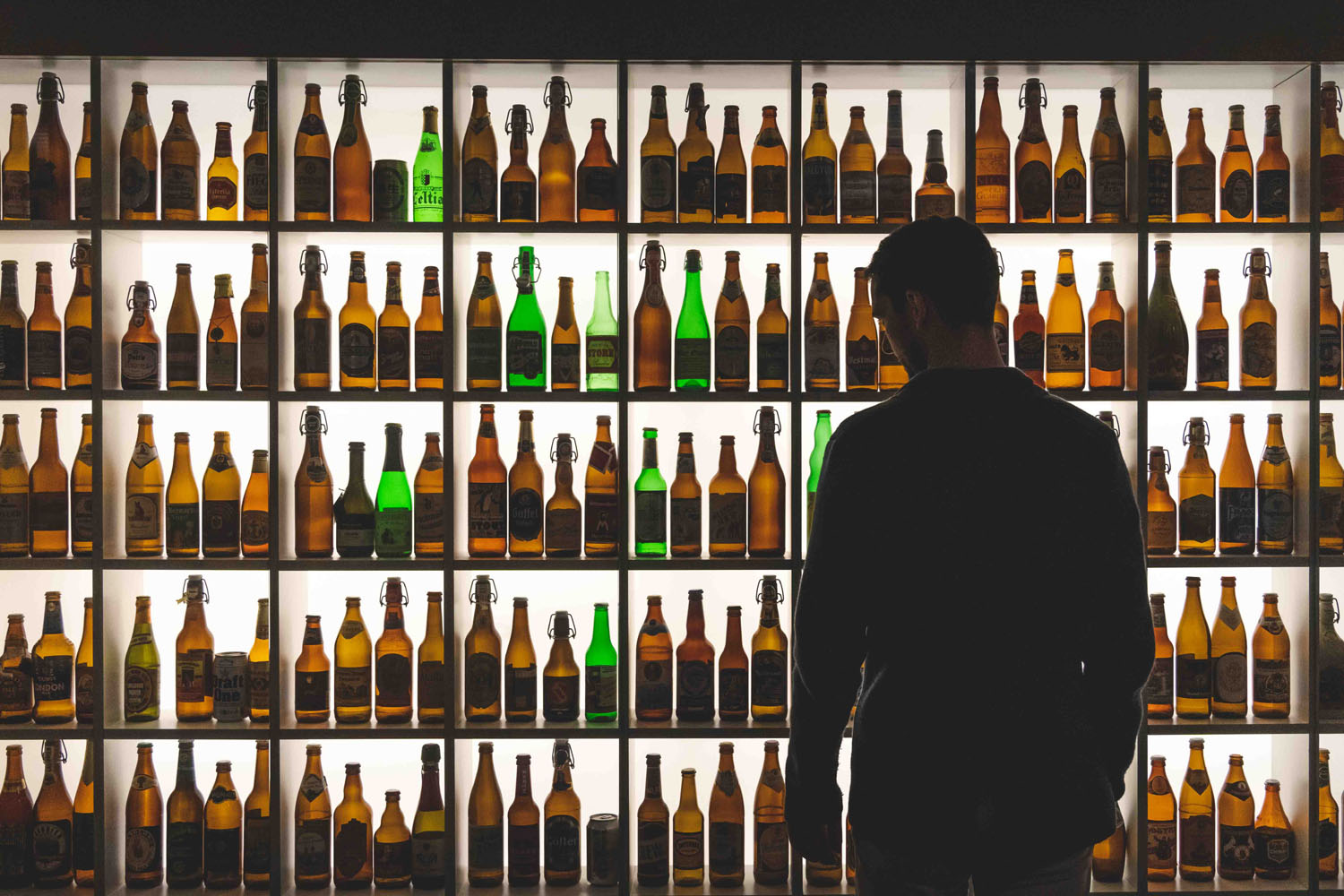